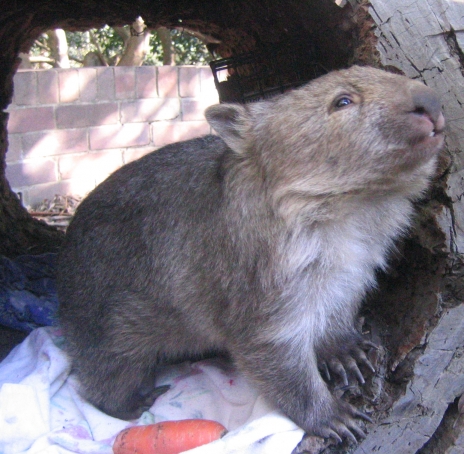 Note: This article originally appeared in the Religious Herald and on my former blog. However, in honor of the yoga class that meets at my church and the awesome way in which I just rocked my hip hop inspired cardio workout, I thought it an appropriate time for this post to reappear here. A little embrace of imbalance can help us at any point in our lives.

When my wife and I got engaged, we decided that in addition to planning for the wedding, we would also start working out together. She had been a member at a gym near her house, and I had been working out in the field house of the small high school in the community where I was a youth minister. I joined her gym with her.

I had never really enjoyed running or cardiovascular exercise; I blame my wombatesque physique. I’d coached powerlifting, and enjoyed lifting weights, despite being somewhat embarrassed that some seventh graders seemed stronger than me. But up until I joined that gym with my soon to be wife, I’d never experienced yoga.

The first time we took a yoga class, I remember thinking that this would be a waste of time. We walked into the darkened room and took our places behind mats that were already laid out on the floor.  A small woman in her mid-40s came to the front of the class and began to lead us through the poses, positions, and exercises. Soon, I felt like a beached whale, inhabiting a body that was never intended to handle the task with which it was now faced.

I’d like to say that it’s gotten better, that my yoga is now beautiful. It is not. A few weeks ago, I walked out of my office, where I had been working out during my lunch break, and showed my elbows to our administrative assistant. They were raw and beginning to bleed from trying to awkwardly do some yoga and Pilates movements on the carpet in my office. I have never been through a yoga session and not resembled a wounded animal at some point. And yet, I come back to it time and time again because I believe that it is only out of that awkward instability and through a course of painful postures that I will become stronger.

A few of weeks ago, my colleague Alex Gallimore penned a piece about the present shifting allegiances among college football teams as a metaphor for the reality of instability and seismic shifts within the church. As I read his article, I thought about both my still-healing elbows and my growing belief that it is only out of instability that we can be who we were created and called to be. I think we should embrace that instability from a historically Baptist perspective, as he suggested in his piece. Even more, I think we should sanctify that instability as necessary to following the Way of Christ.

When we were first led out of our captivity from the law by the grace of God, we were called People of the Way. It described the praxis and pattern by which our life was formed. Over time, we became known as Christians because of the One whose Way we follow, but we have become content to squat down in that adjectival descriptor and no longer be known by the patterns of our lives. We have become complacent, to use the pejorative biblical term. I think of it as “over-stable,” like the Weeble toys produced by Playskool — we wobble, but we don’t fall down.

If we don’t fall down, how can we be lifted by grace?

I find myself far more open to God’s grace when I feel unbalanced, awkward and out of place, much more capable of seeking the Center as opposed to finding support in other, lesser things. There comes a moment in certain yoga poses, which I don’t reach very often, where one’s rootedness to the earth becomes a reality and balance is achieved. That place, at least in my experience, can only be found after I have traveled through the painful places of imbalance, instability and awkwardness. It cannot be achieved without that journey.

I am a white, middle-class, educated male. The world I was born into was as stable socially as they come in this country. It has taken the grace of God, the friendship of others wholly unlike myself, and painful questions to find the edges of instability in my own life. But when I can get there, when I am courageous enough to seek out that edge and trusting enough to let go, I find that God is there and so are the rest of God’s children.

What a grace-filled moment in which we as the institutional church find ourselves. We are being led to the places where we will find God in new ways or squash the Spirit by loving stability more than God. It has nothing to do with styles of worship. It has much more to do with embracing our own ability to be the marginalized and therefore embracing the same marginalized ones that Jesus would.

I for one, pray that I won’t run from that slope into instability. I pray that I’ll embrace the awkward yoga, trusting that health and balance lies just on the other side.