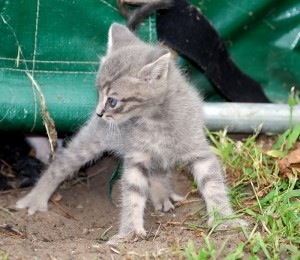 Note: After two conversations about why people should attend church and what makes a church welcoming, I’ve chosen to repost a post from my previous blog about a plan to help churches learn to care for people. Some congregations already care well – thanks be to God. Others need to start practicing.

It was a cold late afternoon in downtown Winston-Salem, and I was sitting down for a late lunch meeting at a local Irish pub, Finnegan’s Wake. As I was waiting for my lunch companion, I pulled out my computer and began to do a little work.

What happened next occurs in what I consider a gray moral area. I began to listen to the conversation that one of the patrons at the bar was having with one who seemed to either be the general manager or the owner of the restaurant. I struggled not to listen; I don’t think eavesdropping is one of God’s cardinal virtues. Normally when I’m out like this, I make sure I have headphones with me so that I can focus on the task at hand. I didn’t have a working pair with me that day, just a pair that randomly would shock me in the ear.

So instead of entering free shock therapy, I waded into that moral gray area and listened. The conversation was about a cat, a cat that “belonged” to the church that the owner/manager attended. While I’m not a cat owner myself, it helped me chase a rabbit far down the recesses of my mind about how there really should be a program for churches to care for pets.

As my friends and I got married and then began to gather pets into our new households, we began to use the term “starter kids” for the various animals that began to live in our spaces with our families. The joke was that as a married couple, a pet would be a good way to figure out what kind of caretakers that couple would be. It was a backwards way of skirting the question of beginning the quest for progeny when we didn’t have the words or the chutzpa to simply ask one another, “Hey, you guys thinking about trying to have a kid or something?”

(As a side note, the conversation about having children is perfectly valid among friends. However, we probably should stop asking couples who simply happen to be in the right chronological frame about their child bearing. Many things we ask questions about as well intentioned people are none of our business.)

These animals (many of whom are still with us and our friends) became the training wheels to our parenthood for some of us. Which partner was the disciplinarian? Which partner was the sucker? Rest assured, in the midst of all this the pets were loved and were not simply a means to an end. All the same, they did help us to prepare ourselves for a child, or, as John C. McGinnley’s Dr. Cox said on Scrubs, “[Having a kid] is like having a dog that slowly learns to talk.”

While nothing can prepare one for being responsible for another human being, many of us tried to at least get a head start on the learning curve through pet ownership. We felt like the fact that we could keep an animal alive at least gave us a leg up on being able to keep a human being alive.

Some churches care well for living, breathing human beings. Others are institutions of psychological destruction for those unfortunate enough to wander through the doors. But before we demonize those institutions, we should be aware that they are made up of people who are simply recreating the patterns of control into which they entered the faith and/or compensating for their own pain.

The real difficulty lies in telling the difference between the two. And in that difficulty we find one of the causes for the increasing category of “spiritual but not religious.” Those who have been damaged by congregations have no means to be able to tell them apart from congregations that would care well for them.

So maybe it’s time we start a “starter congregant” or “starter visitor” program for churches, based on caring for animals. To care for an animal would mean to open one’s space to something unlike one’s self, it would mean having to overcome personal preferences in favor of the greater good, it would mean coordinated efforts to care and check in on the animal, it would mean learning new things and changing patterns of life — all to ensure the health of something that is not owned by an individual but called into life and being by the same God of us all.

Those skills (the opening up, the learning, the coordinated care) are the same skills needed to care for the human beings to whom our churches have been called to minister. When a potential member and/or visitor sees our “church pet,” perhaps they will know that this is a place that is capable of caring. After all, this is what we all want to be and be a part of deep down — a community gathered in the kind of love that produces and promotes life.

If we can do this thing well? Who knows how we might learn to care for people?