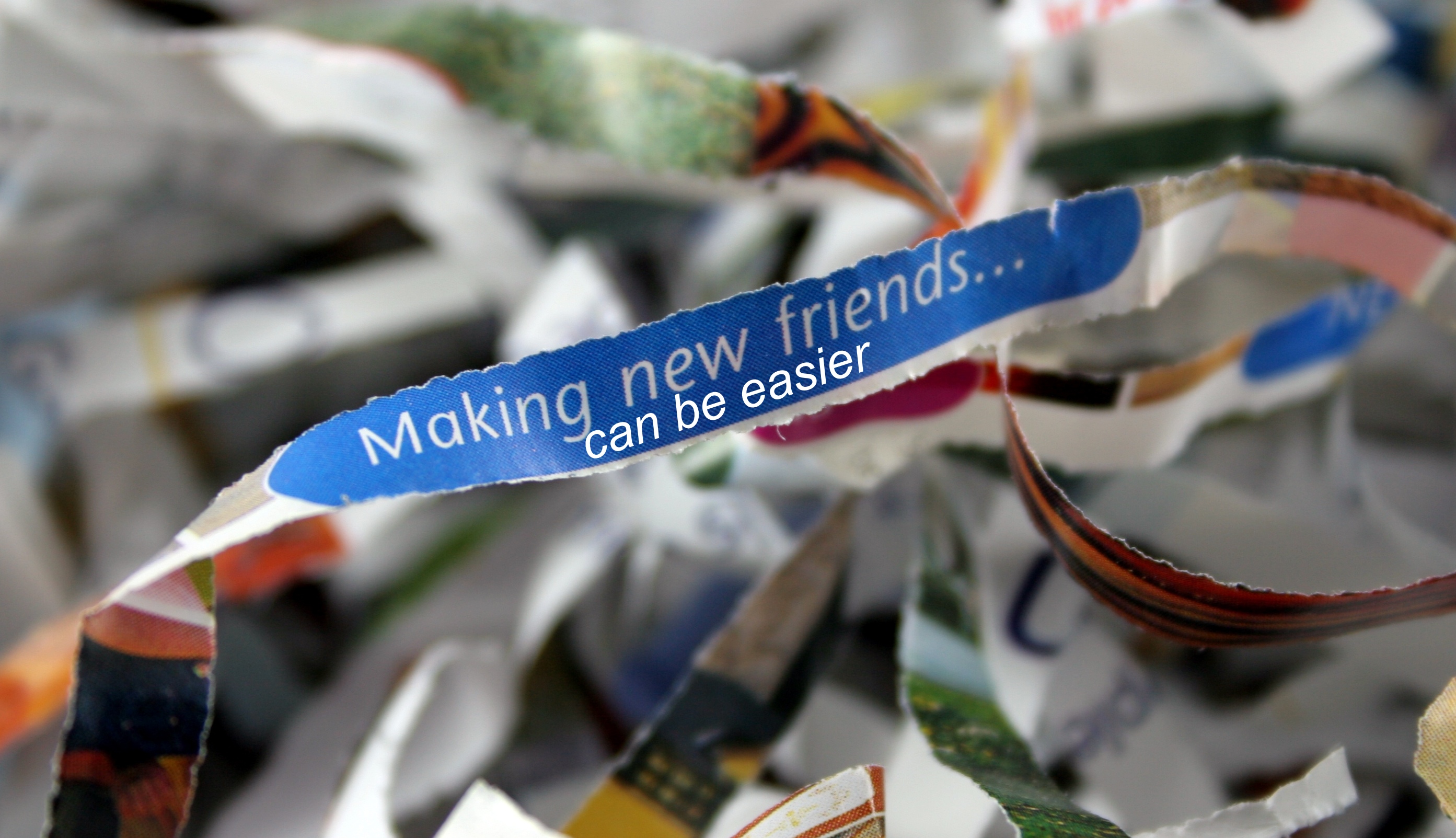 Making Friends Can Be Easier…Even for You!

When my son first started attending his preschool, he would spend the car ride on the way “naming” friends. If he knew someone’s name, it meant that they were friends. For him there were two healthy categories: friends and people who aren’t yet friends.
Those are two categories with which I can live – friends and not yet friends. Not only that, but it is a rubric for friendship that makes at least as much sense as most of the ones we employ in our adult life. We make and exclude friendships based on some very ridiculous ideas.

Of course, while these are intentionally over-worded in approximation of our ability to rationalize, the real problem is that the inverse of these three rubrics is normally true as well. We tend to dislike (or even think of as enemies) people who disagree with us, like different teams than us, and are enemies of our friends.
This only makes sense if we think friendship exists to prop us up as we are. If we think of friendship as existing to help us grow (and wouldn’t it be amazing to realize that most of life exists to help us grow), then we should want to make friends with people who think differently than we do, who like different things than we do, and who are new to our lives.

Better for us to learn to make our rubrics more simple and more sensible. Perhaps we could all take a cue from my son. How about we consider the people whose names we know as our friends? Even better, what if we consider the people whose names we don’t know as potential friends.
And then, we could get over ourselves, hand out name tags, and learn to really embrace the world in the ways in which we were designed to do.