The Gift of Uncertainty 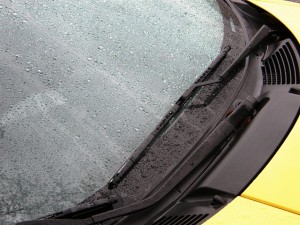 Note: This blog was published concurrently on the Associated Baptist Press blog site.

I’m kind of a sucker for New Years. I love the idea that there is, built into our calendar, an annual “reset”. Even if I’ve had a pretty good year the year before, I always enjoy the idea of setting out with a fresh start, an annualized moment of Jubilee when the failures and trials of the previous year can be set aside and a blank page be summoned forth upon which one may write a brand new adventure.

It is, I admit, a bit of a naive idea. I know, somewhere deep down, that January 1st is really no different that July 12th as far as the concept of a fresh start. It is, my inner cynic (hereby referred to by his proper name, Little Richard) tells me, an absurdly childish optimism that believes that the next calendar year will be significantly different than the last.

Little Richard (my own, not to be confused with the wearer of capes) has a growing lifetime of experience with which to defend his worldview. My inner child (B-dub, in case you were wondering) only has an unfounded hope. Little Richard reads the signs of the times with the best of the modern day naysayers and tells me that each and every seemingly innocuous incident of my life points to the unraveling of all the things I hold dear. When my shoelaces break, my Little Richard reminds me of my previous attempts to achieve greater health and lets me know that this new footwear malfunction is probably not indicative of a great year healthwise. When my windshield wiper blade flies off my windshield wiper and lands on the hood of my car, my Little Richard suggests that maybe it would have been a good day to just stay inside and mope.

But, for a number of real and imaginary reasons, I won’t trade my Little Richard in for the real thing. Instead, I’m helping my Little Richard make friends with my inner child. When the three of us hang out together, we begin to realize that none of us has any idea what tomorrow will hold. We can embrace the reality that both January 1st and July 12th are good days to embrace a clean slate. We can enjoy the thrill of embracing that tomorrow may hold frustrations or joys, but that both of those are gifts.

I’ve come to realize that I’m blessed by the uncertainty of what tomorrow brings. There are many people who have a much more pre-determined tomorrow than I do. They are stuck in cyclical systems of subjugation that I have never known. They don’t have the gift of uncertainty that many of us do have.

That certainty can be a damning thing. I think in some way, Jesus is showing us the beauty of uncertainty when he steps in to alter the course of the woman caught in adultery in John chapter 8. He is presented with a situation with a predetermined outcome, and yet his offer of grace changes what was certain doom into a blessedly uncertain future for she who would have been hopeless. Any hope she might have had as she was thrust into the street before him would have certainly been unfounded. Then again, with Jesus a little unfounded hope can go a long way towards creating change in the world.